Hemingway said that all true stories end in death. This, then, is a true story…

My son wanted a dog of his own. We said no.  We already had two dogs. He only had two years before he went off to college. There was no point in getting him a dog that he was going to leave. I didn’t need to take care of three dogs.  The question was settled. We weren’t getting my son a dog.
Then my daughter started talking about a puppy at veterinary clinic where she worked. It was adorable, she said, a little corgi with big ears and inquisitive eyes.  And then she mentioned that it had been relinquished to the veterinary clinic because it had an incurable heart problem.  The clinic was trying to find somebody to take it so that its last days wouldn’t be spent in a kennel at the back of the clinic. 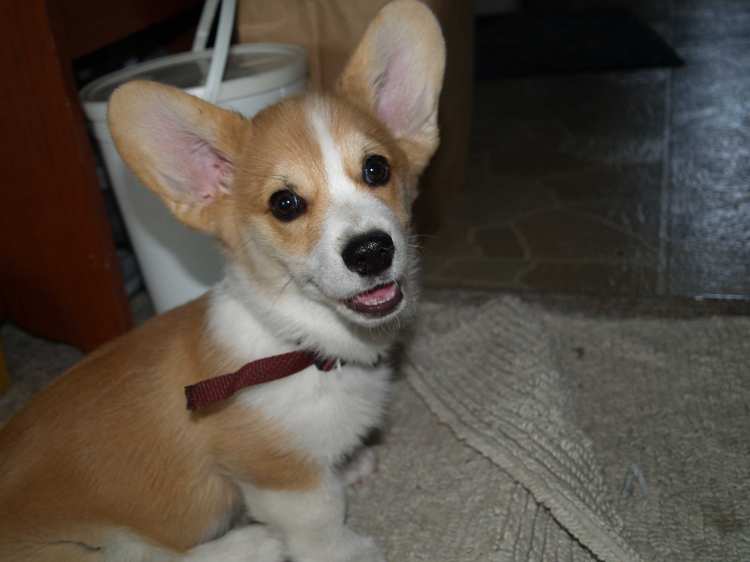 The prognosis was not good.  The puppy had patent ductus arteriosus (PDA) with reverse flow. Translated, patent ductus arteriosus means that a valve in his heart didn’t shut properly when he was born.  This open valve allows oxygen-poor blood from his body to mix with oxygen-rich blood from his lungs, diluting it.  Without treatment, dogs with this heart problem typically live just weeks to months.
By itself, PDA is fixable with surgery; the veterinarian would just operate and sew the valve shut. The problem is in the reverse flow.  In a small percentage of PDA cases, the blood vessels in the lungs thicken and narrow, causing the flow of blood to reverse from left to right, hence the name “reverse flow.” Once the blood vessels thicken, the veterinarians can’t shut the valve without forcing too much blood through the narrowed vessels. It would be like trying to force the flow from a garden hose through a straw – the extra blood would blow out the narrowed vessels.
But my family agreed that we couldn’t let the puppy live out its life without at least being able to lie in the grass, and watch the squirrels, even if he couldn’t chase them. And so we brought the puppy home. A Welsh corgi (are there any other kinds of corgi?) needed a Welsh name.  My son named him Darwin. It means “dear friend.”
A few days before we adopted Darwin, the veterinarian tried him on a new medication – Viagra, of all things.  Viagra was originally designed to treat pulmonary hypertension (“high blood pressure in the lungs” –  the problem causing the reverse flow).  Viagra just happened to have other, more profitable, side-effects. For Darwin, the drug changed his life from one of lying on his bed watching the world, to one of being out chasing those squirrels.  But we have no idea how long the improvement would last.
Darwin, of course, doesn’t know that he is dying. He’s a cheerful, active,
busybody. Every morning starts with him bouncing stiff-legged down the stairs, his ears flopping on each step. Then it’s time for a game of tug, or a ball-throwing session.  If you try to ignore him, he pops his short front legs up on your lap, drops the toy-of-the-day in it, cocks his head at you and let out an insistent Yarp! This is corgi for Hey! Play with me!
Once the game is over, he supervises getting everybody out the door to school or work, and then makes sure that the birds don’t get too comfortable on the bird feeder. After that, he rootles around in the garden, or barks at the neighbor’s dogs, flaunting his toys.
And he does flaunt his goodies.  He takes them to the back fence to show to the dogs in the yard behind us.  Once they are nicely frenzied, he tosses the bones in the air. La la lah la la!  What do I have here?  A bone!  Would you look at that?  Don’t you wish you had one? 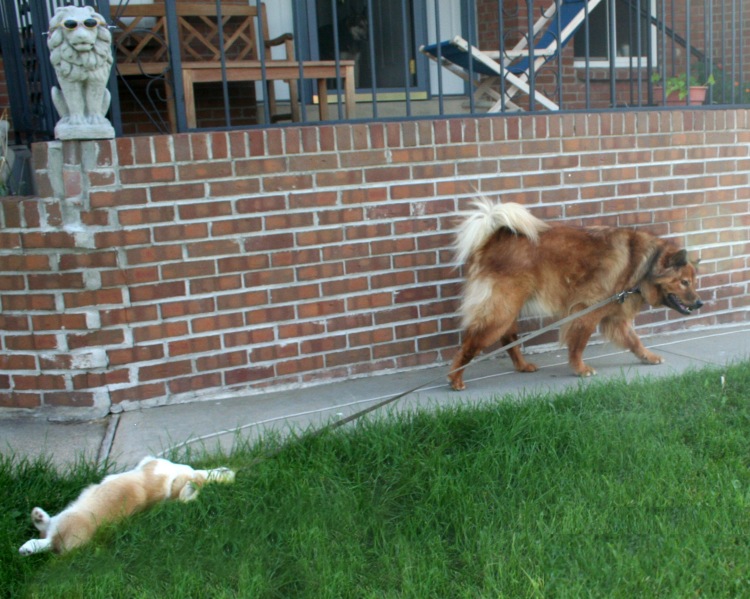 As everybody settles down for the evening, Darwin makes little piles of his toys, sorted by type: balls go in our room at the foot of the bed.  Bones go in my son’s room by his computer, where he can step on them when he walks around in bare feet. Prized chewy things go at the top of the stairs, where Darwin can keep tabs on the other two dogs.
He’s had a busy day. 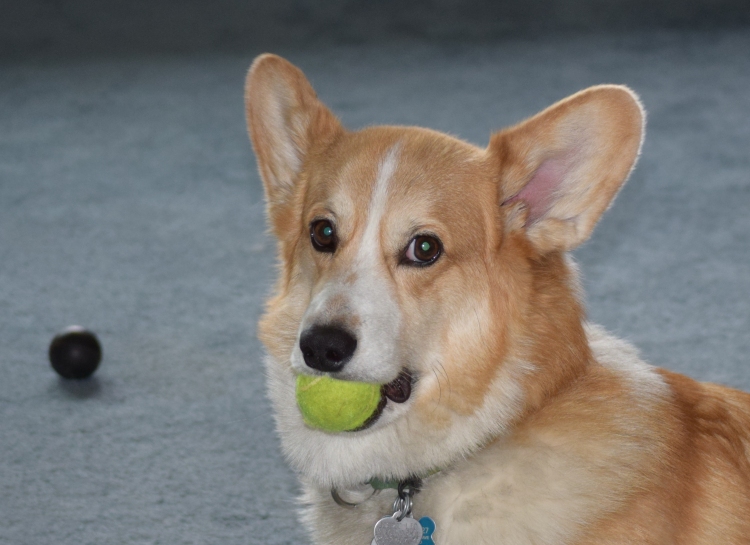 Darwin has enemies, though. Cleaning utensils are a constant threat. He has reduced the kitchen broom to a fringe of bristles sticking out at every direction.  The vacuum sweeper is an angry menace, to be attacked on sight. The snow shovel has teeth marks on it where he has wrestled it away from us, saving us from some horrible fate. 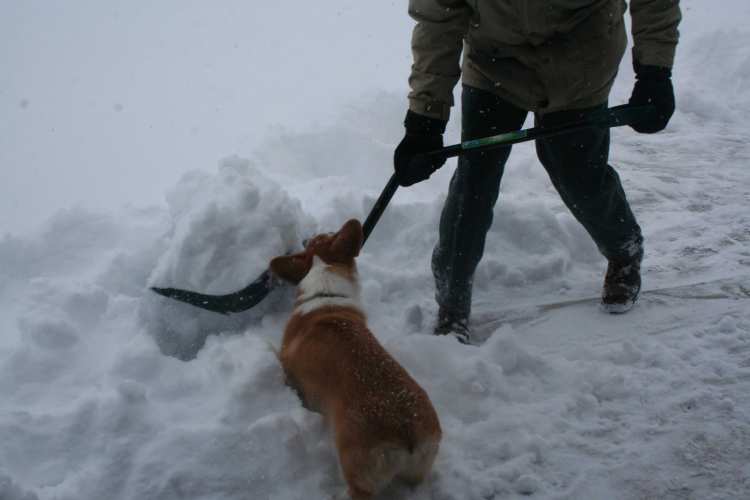 Our feeling is that if Darwin has a short life span, we are going to give him every opportunity to experience the world. We take him on walks, to the dog park and on errands around town. As if trying to make up for time he won’t have, Darwin dashes toward everyone he meets, ears back and a smile on his face.  He proceeds to charm people as only a puppy can. The biggest proof of this is that the grandparents no longer ask about their grandchildren.  They want to know how Darwin is doing. 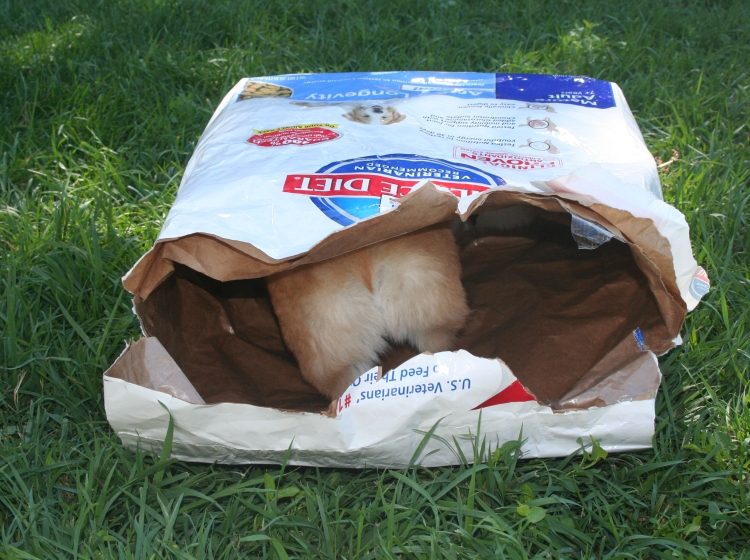 But in the back of everybody’s mind lurks the knowledge that he won’t last.
Grasping at straws to cure Darwin, we took him to the Colorado State University Veterinary Teaching Hospital. The canine cardiologist there listened and looked and took blood. But in the end, she shook her head.  She could adjust Darwin’s medications so that he had more energy. But she couldn’t cure him.  He might live three to five years, seven at the most, but in the end, his body will become adapted to the Viagra, and the drug won’t work any more.  And he’ll die.
The knowledge of his shortened life makes our time with Darwin more precious.  And to make sure that they aren’t left out, we pay more attention to the other two dogs than we did before, too. In fact, the constant nearness of death makes us pay more attention to everything about life.
But it’s hard to stay glum about Darwin’s future when a twenty-five-pound fur ball jumps on your chest in the morning, gently placing a ball in your sleeping hand. You’re wasting the day! he yips. Toss the ball!
My son says Darwin has given him a gift. Darwin has taught my son that “Every day may be my last day.  But every day may be my best day.”
Don’t worry about tomorrow.  Just throw the ball! 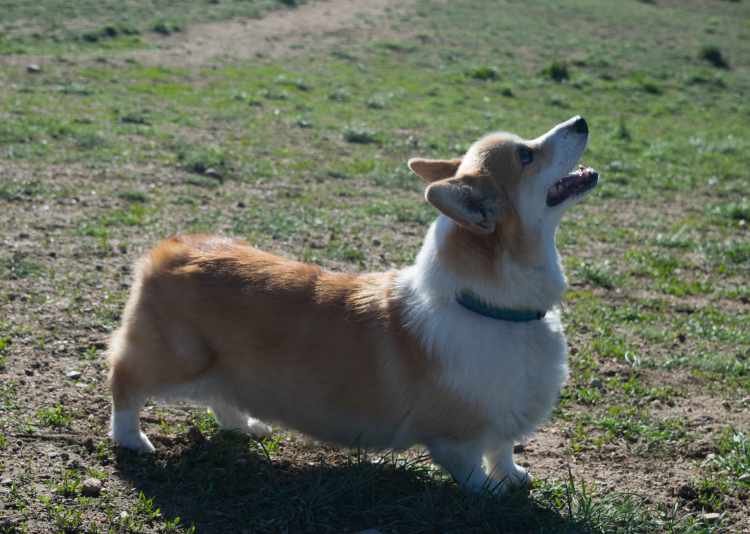 September 2017
Darwin lasted six years longer than anybody expected, living a full and happy life. Finally, though, his body adapted to the medication and his great heart gave out.
But Darwin had one last lesson to teach us: how to die with dignity. So on a cold grey September evening, we said good-bye to our dear friend.
Godspeed, Darwin. We hope there are balls to chase, where ever you are. 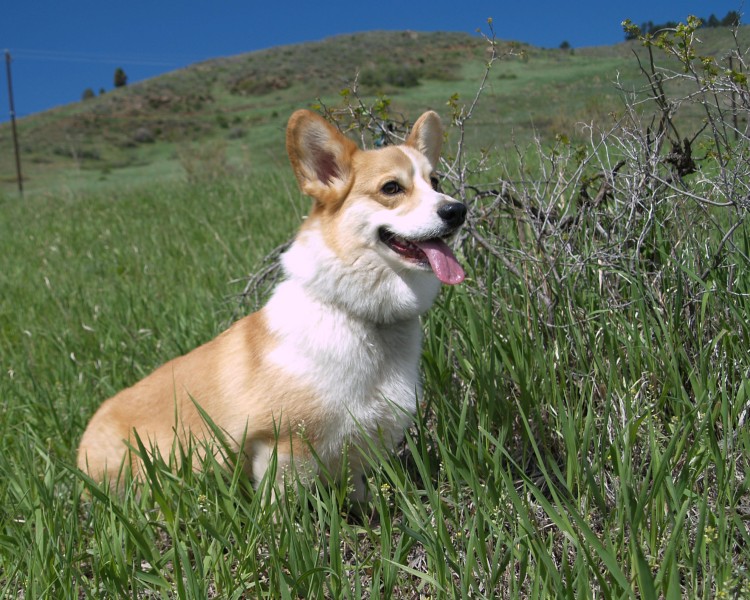 What Friends Do, Puppy Play

10 thoughts on “The Gift Of the Dying Dog”