I saw these clouds outside my back door last night, just as the sun was setting. 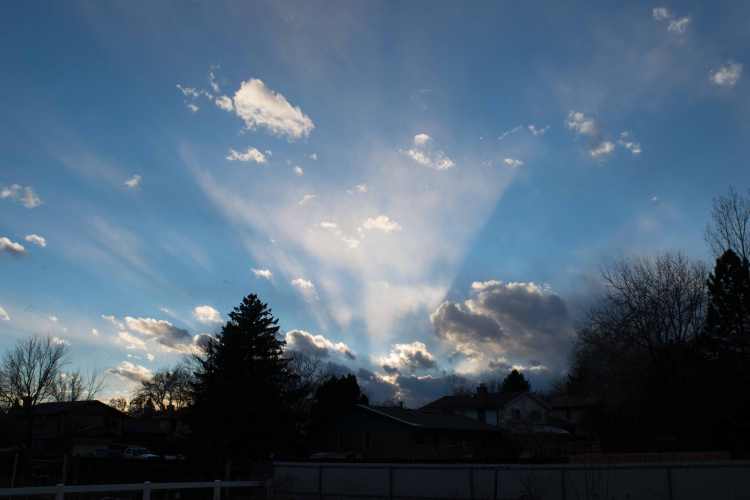 I think they are noctilucent clouds — nocti means nigh and lucent means glowing or shining.

Noctilucent clouds form when there is a lot of ice particles from water vapor extremely high in the atmosphere.Mysterious Glowing Clouds Appear Across America’s Night Skys In fact, noctilucent clouds are the highest kind of clouds that form.

Photo courtesy NASA http://spaceflight.nasa.gov/gallery/images/station/crew-17/html/iss017e011632.html. The noctiluscent clouds glow right at the edge of the atmosphere.

If you are thinking that you’ve never seen clouds like this before, you are not alone — noctiluscent clouds have only been reported since 1883. They are, however, becoming more common and brighter. They are also showing up in the mid-latitudes — as far south as Colorado. Nobody knows why.NASA: Strange Clouds

What makes this shot so interesting is that the sun is so low on the horizon and the ice crystals that form the clouds so high that other clouds block the sun’s rays, giving the noctilucent clouds a streaked appearance.